We manufacture and sell a wide variety of wood-fired ovens. Furnaces manufactured with the highest quality and the finest quality materials. From choosing the best refractory bricks, cement in the right quantity, metal doors, etc.. Everything is well targeted to provide our customers a quality product. The human commitment to the finishes and the furnace insulation is also a concern. That is why we guarantee this quality in our ovens, after which the company will make your life much active to bake bread or pizzas, to participate in the making of an engaging manner of delicious dishes and so provide the full satisfaction of those who bet on us. 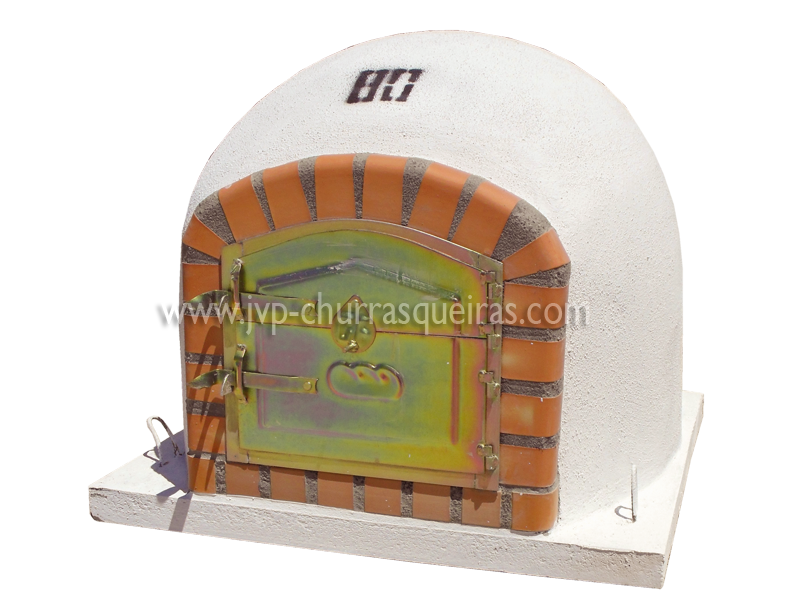 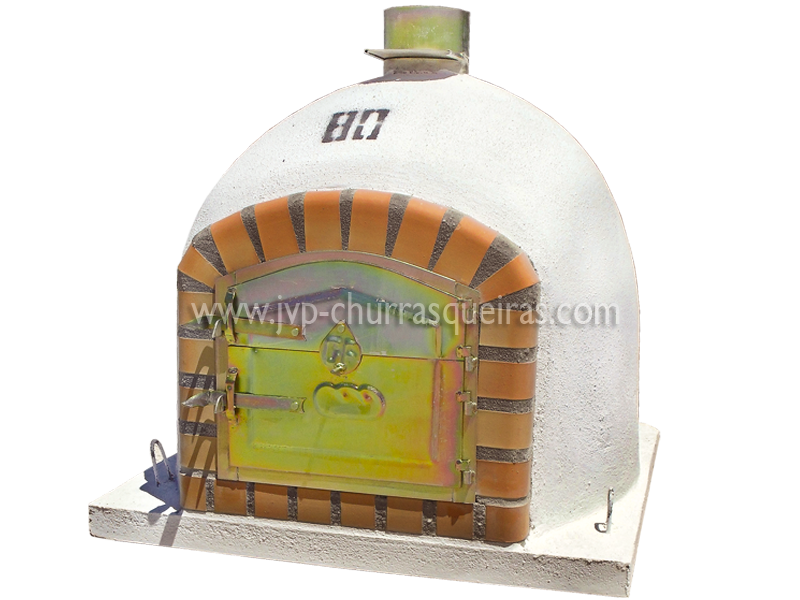 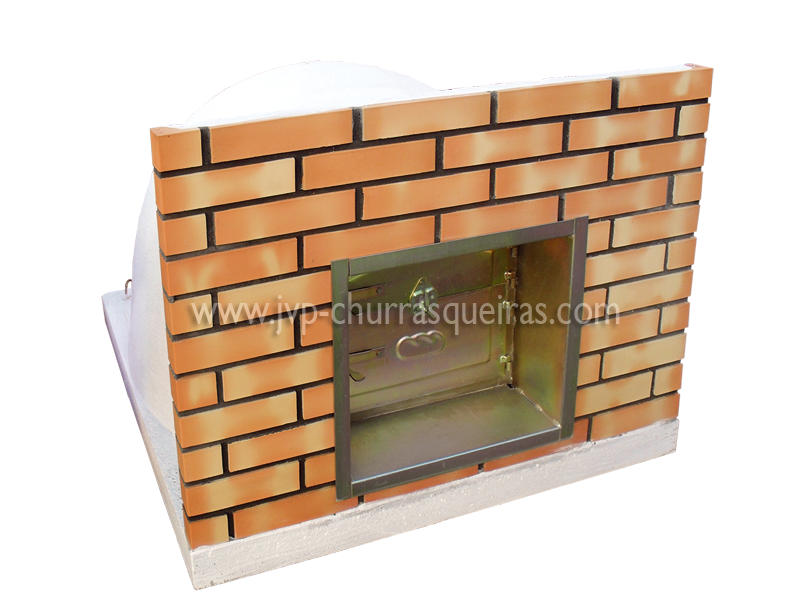 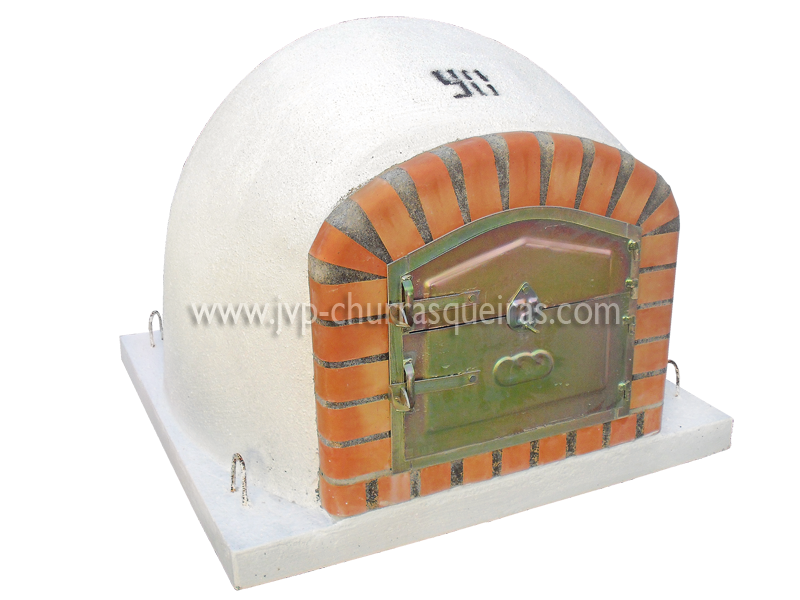 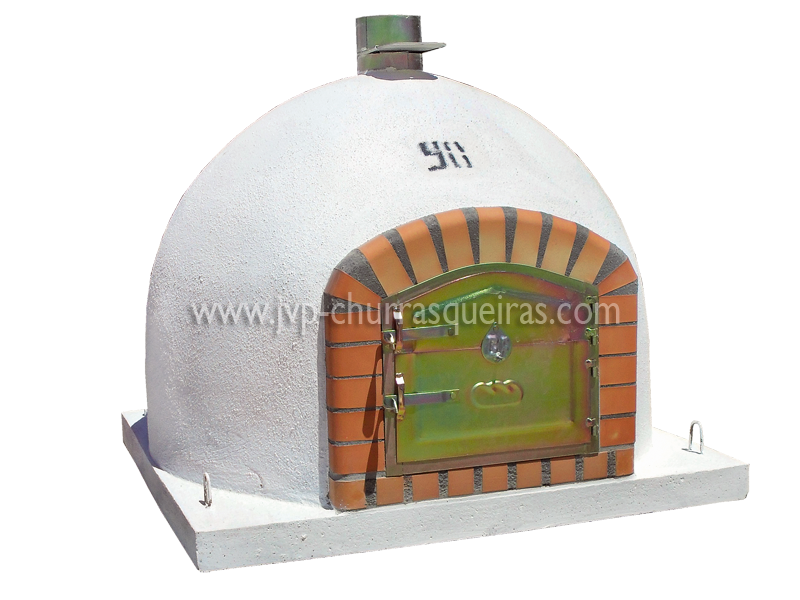 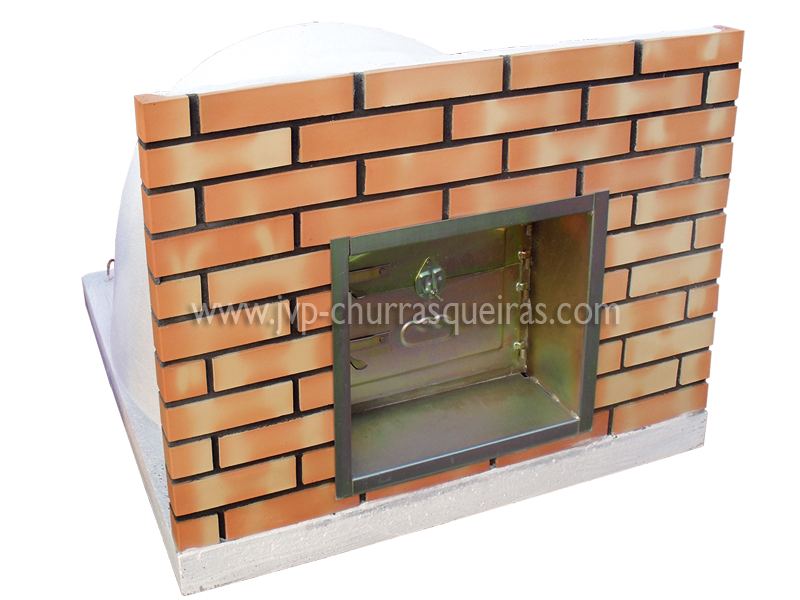 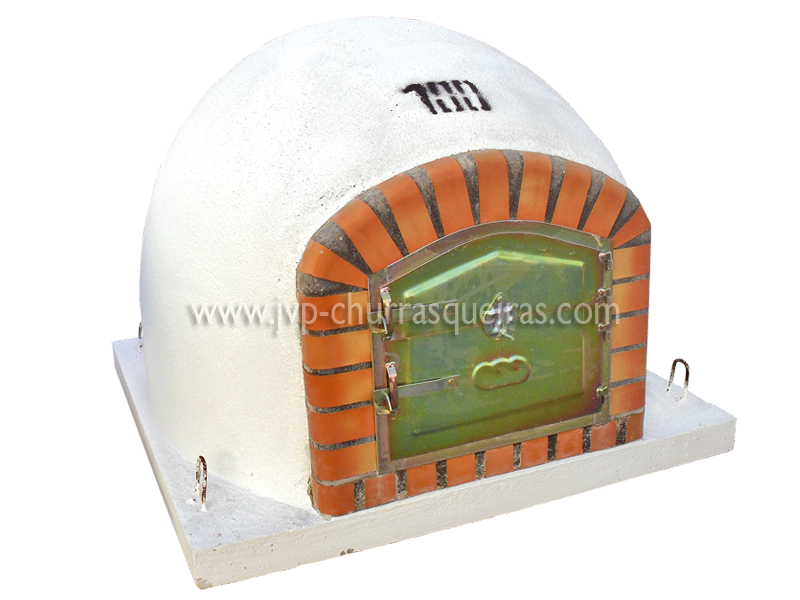 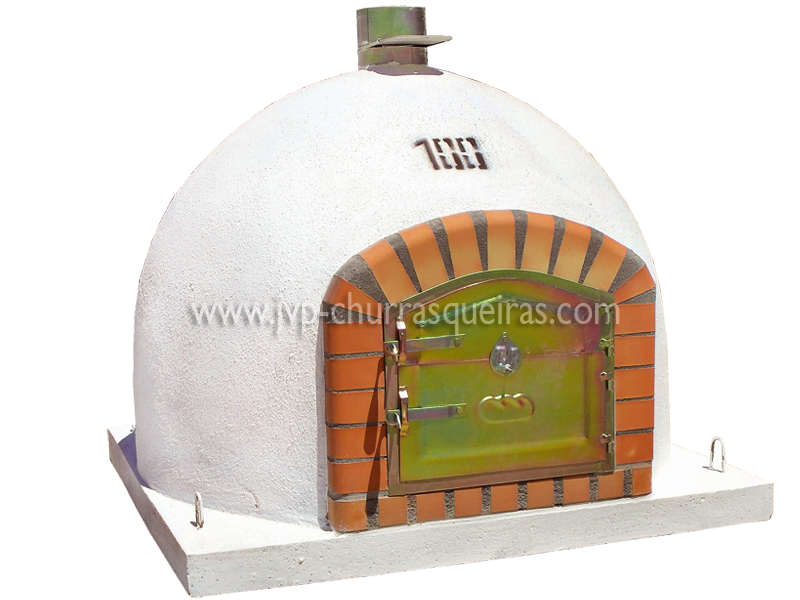 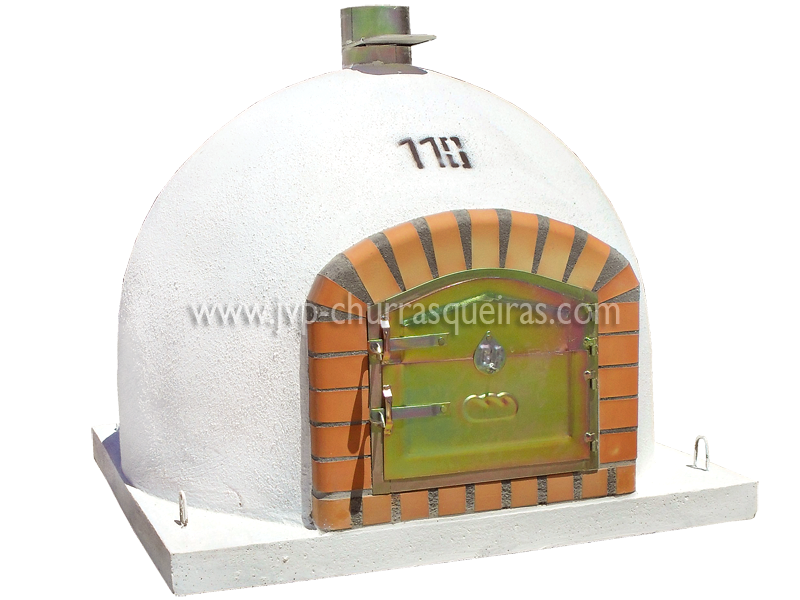 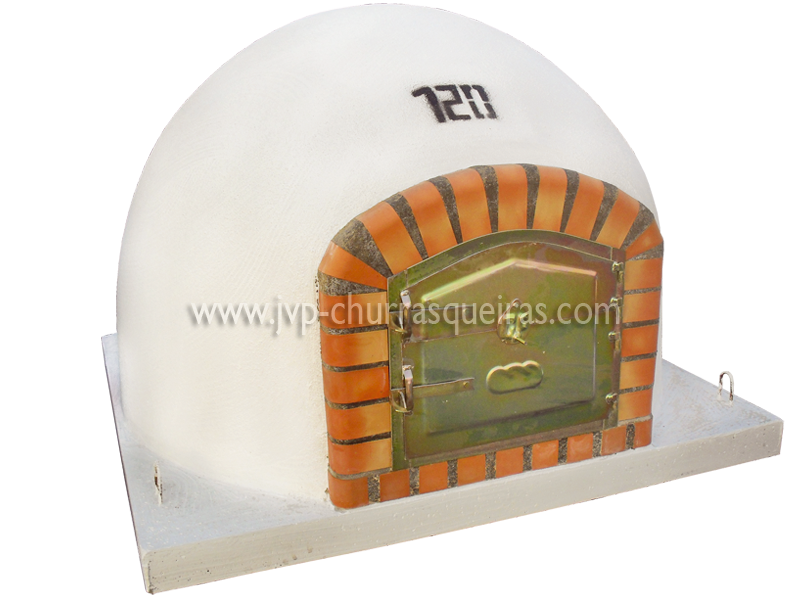 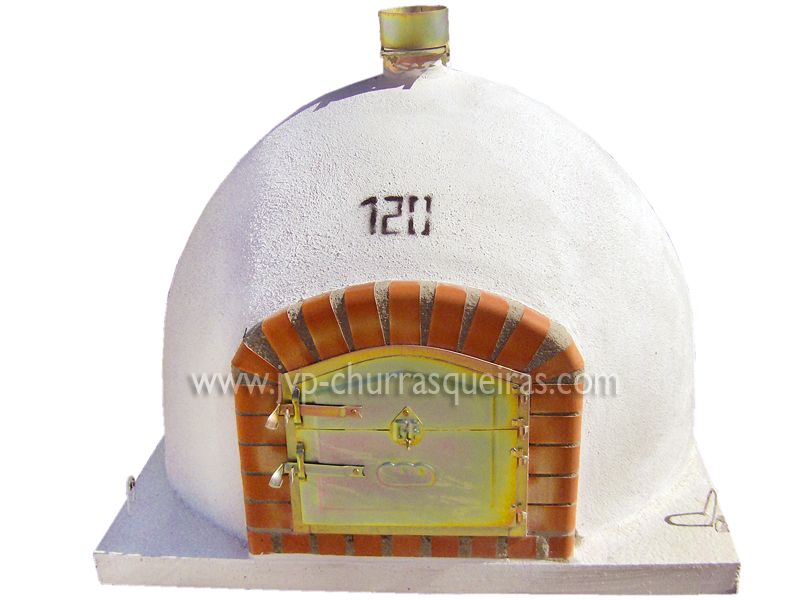 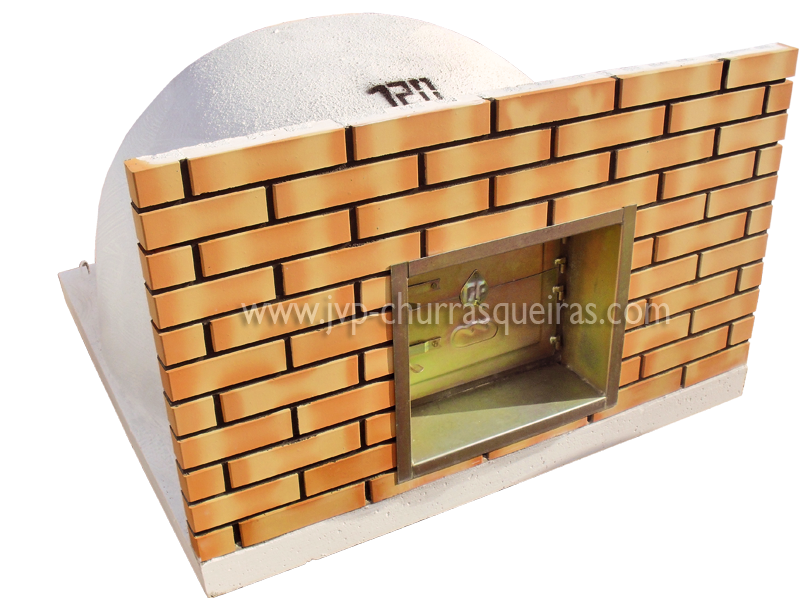 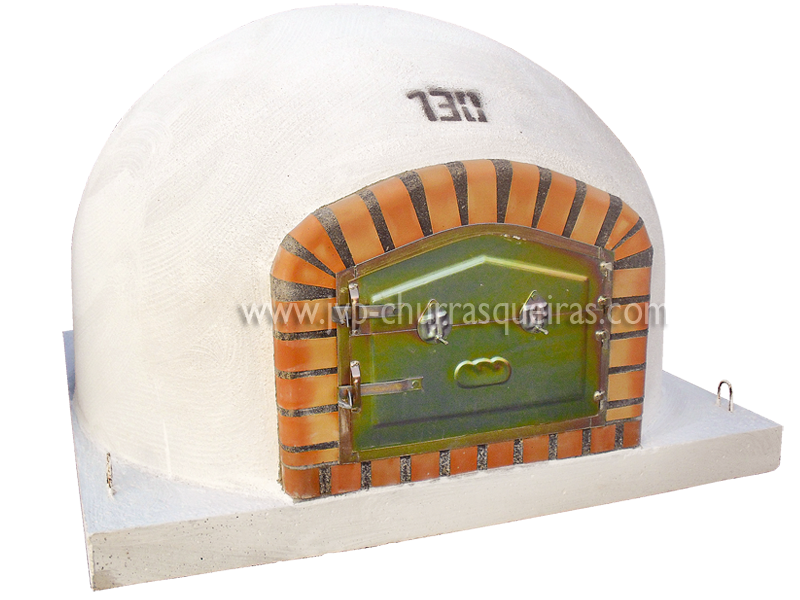 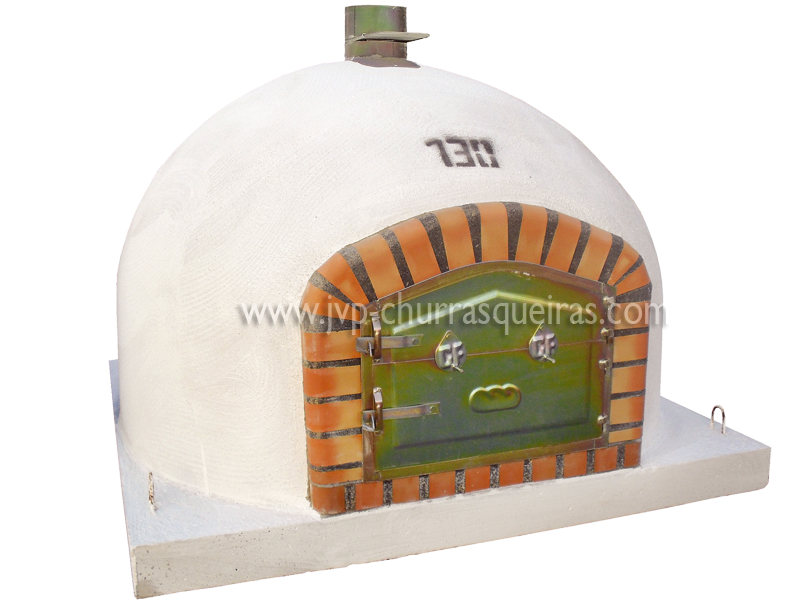 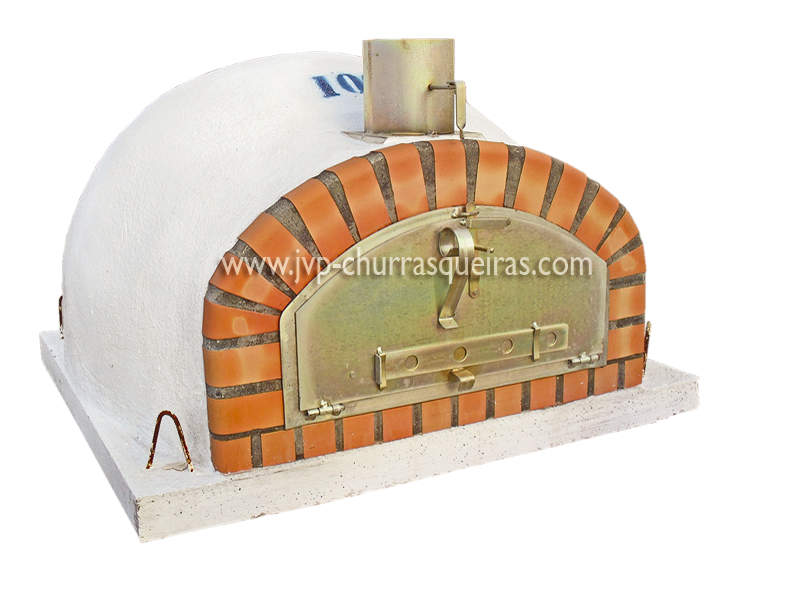 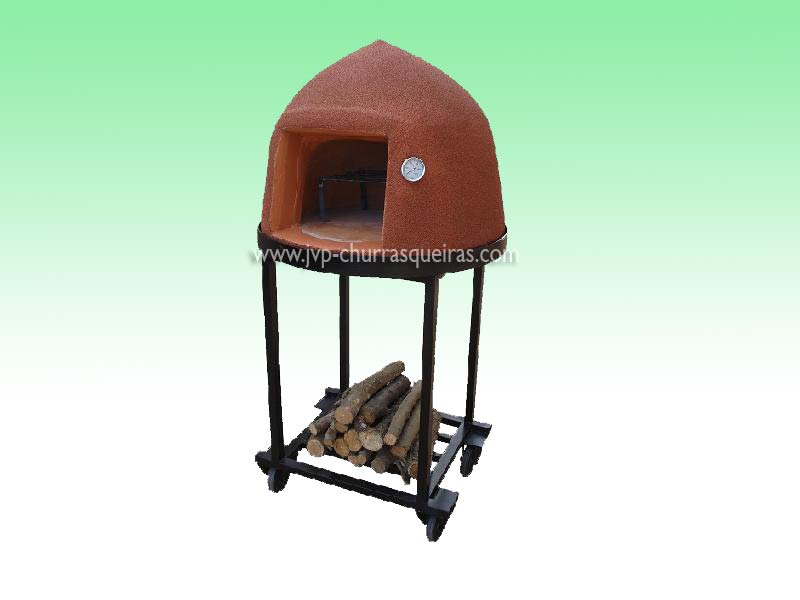 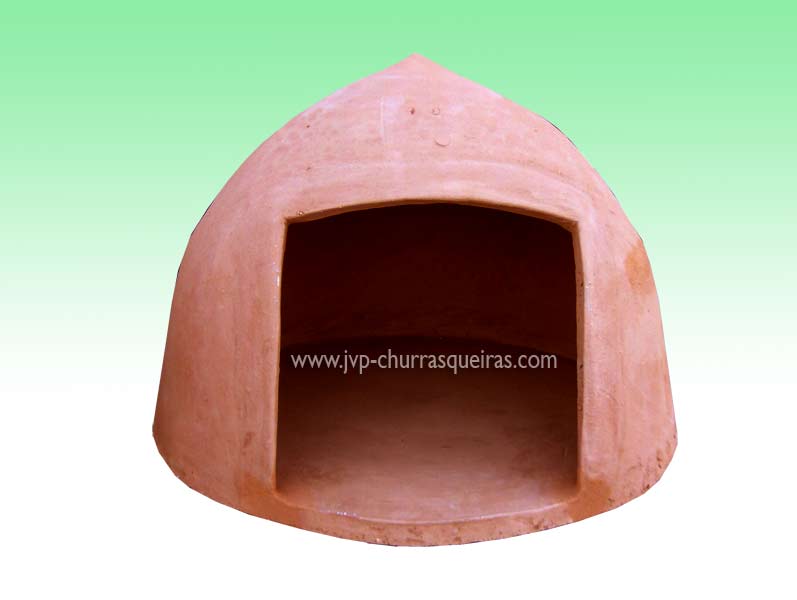 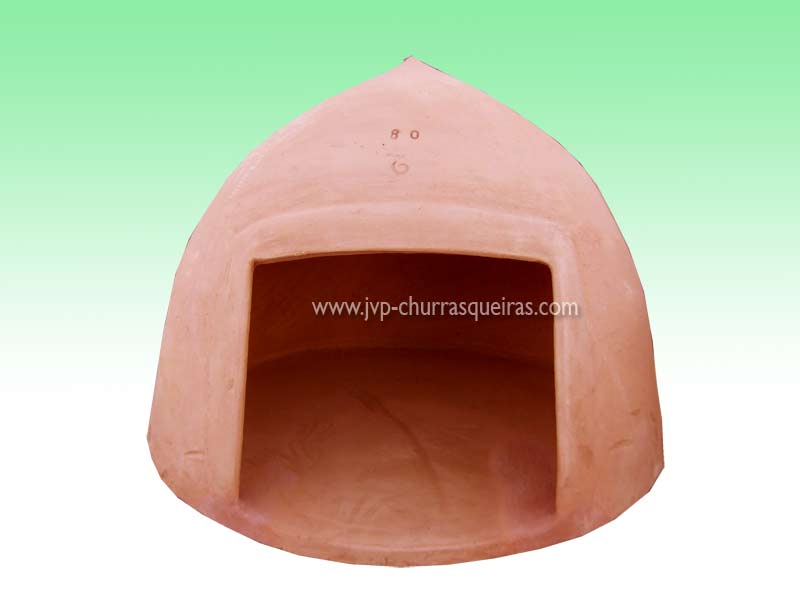 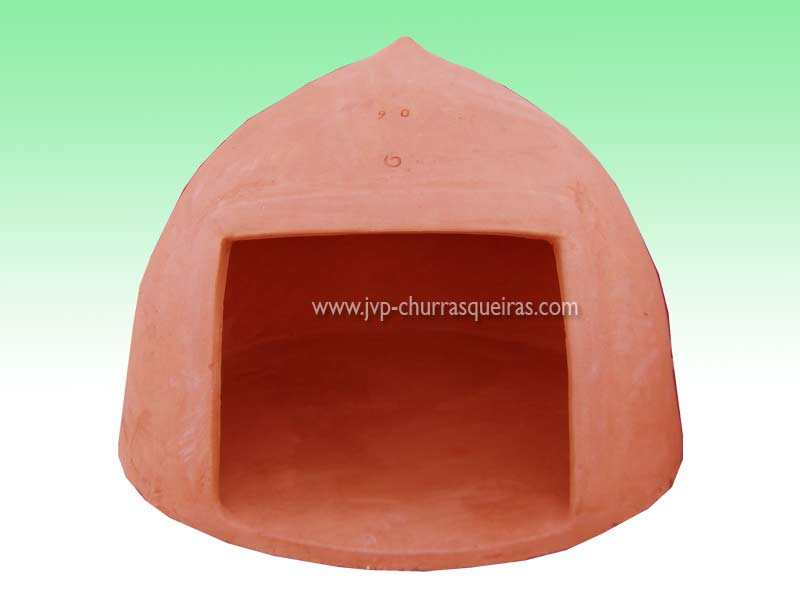 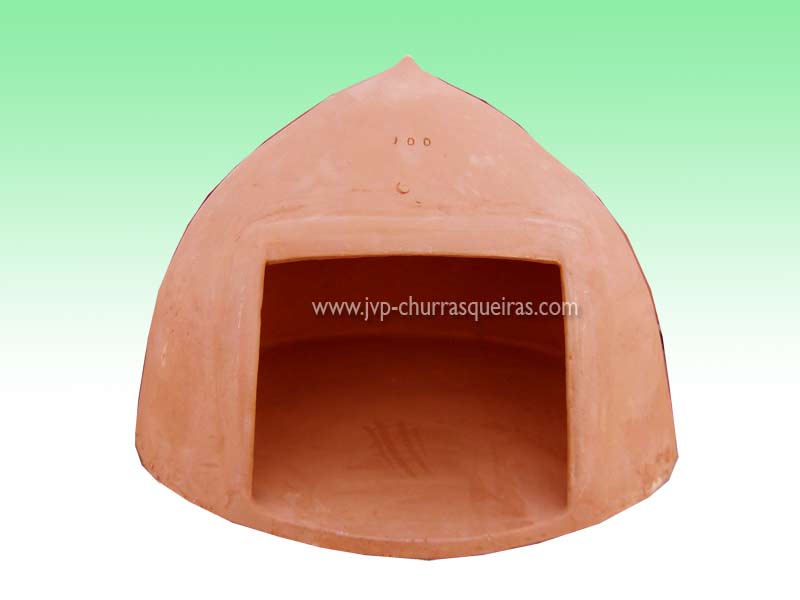 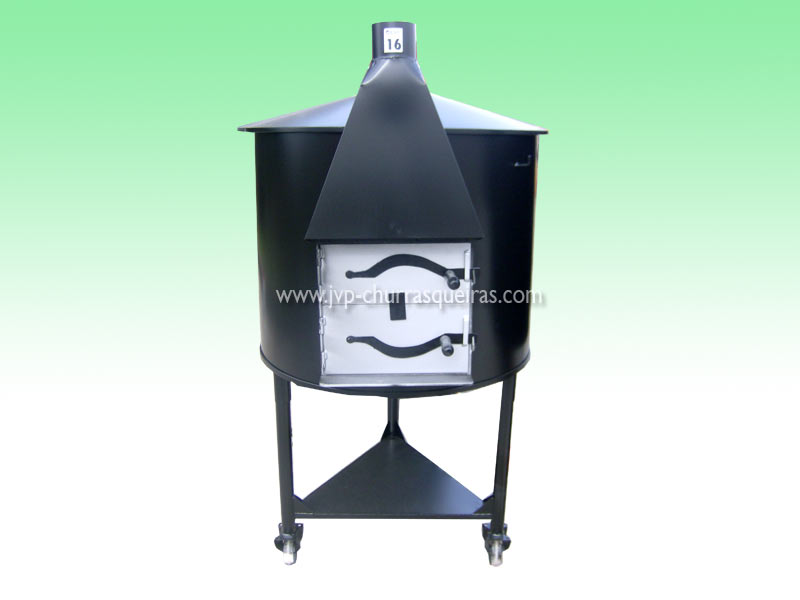 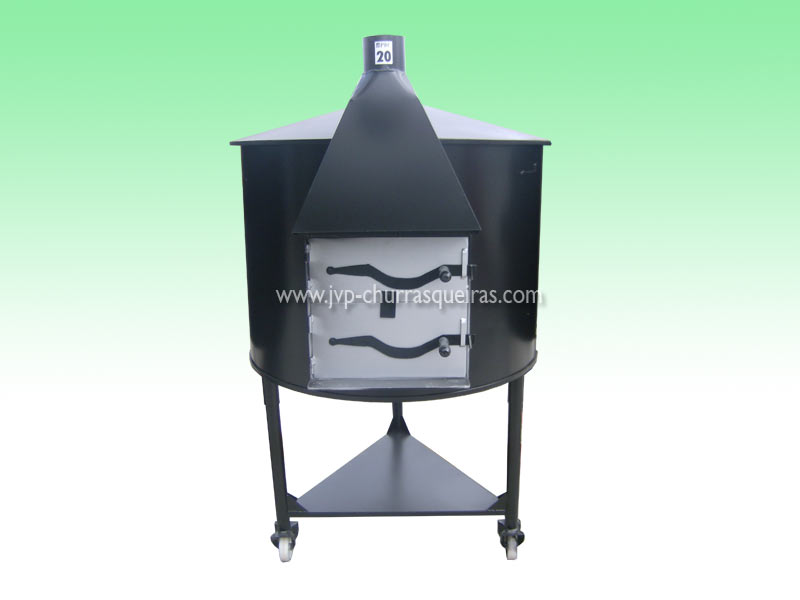 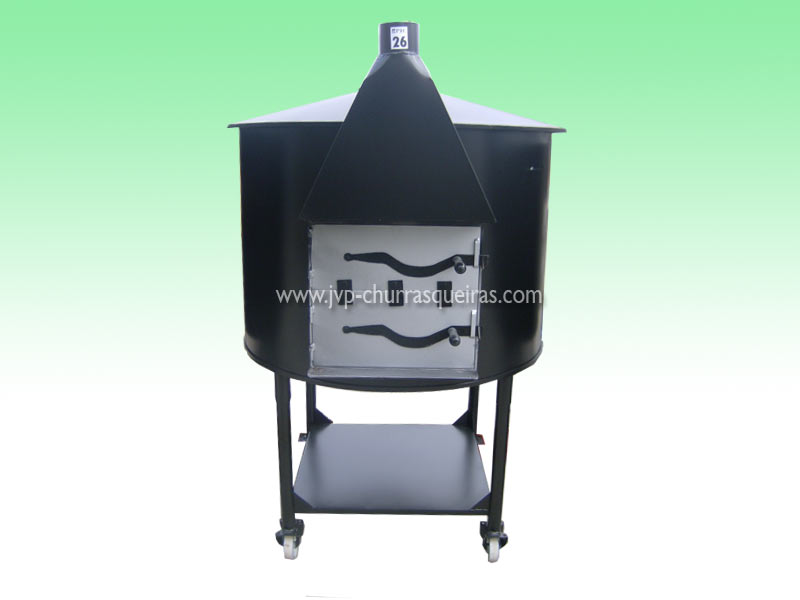 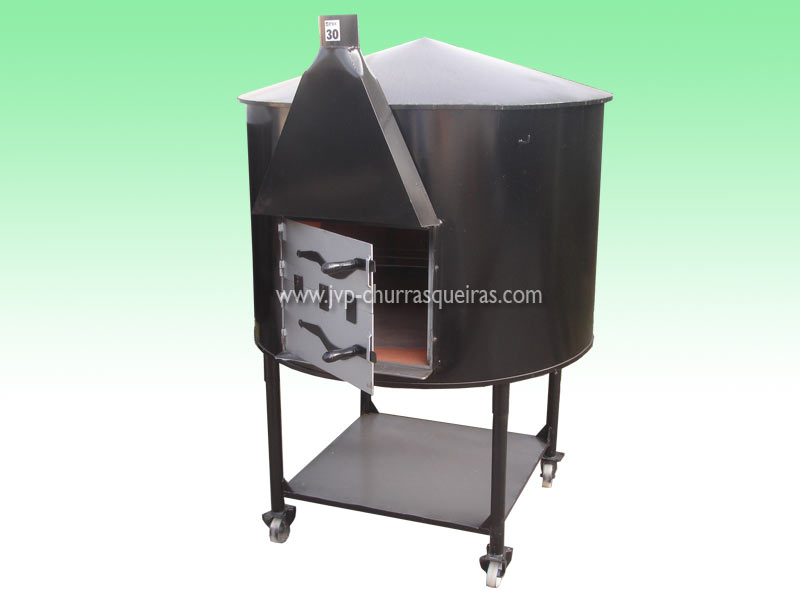 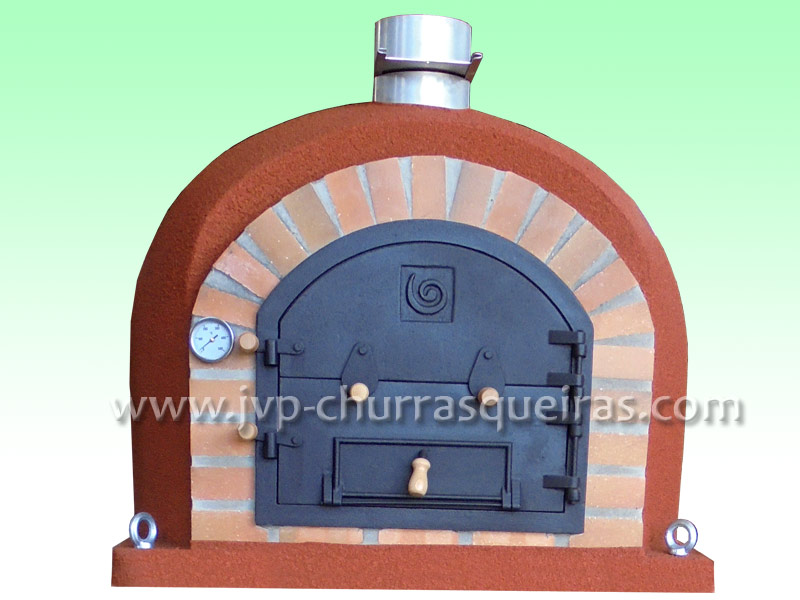 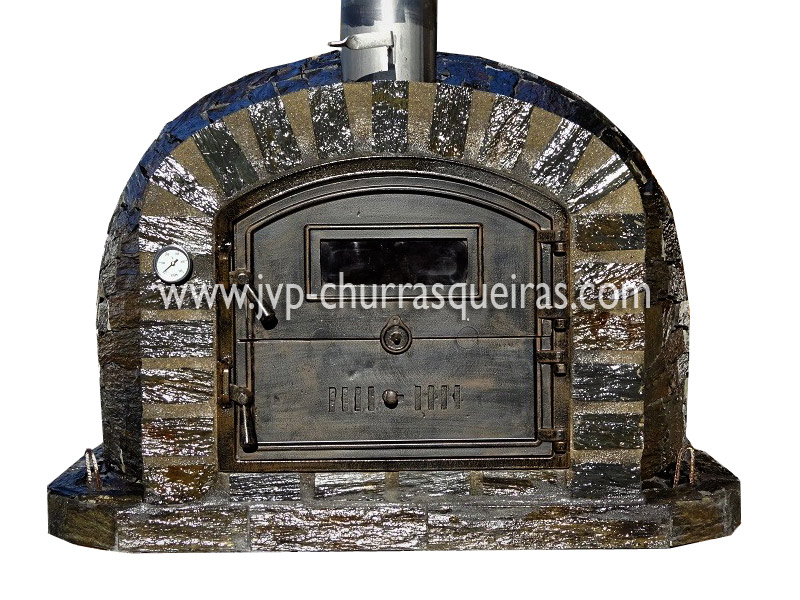 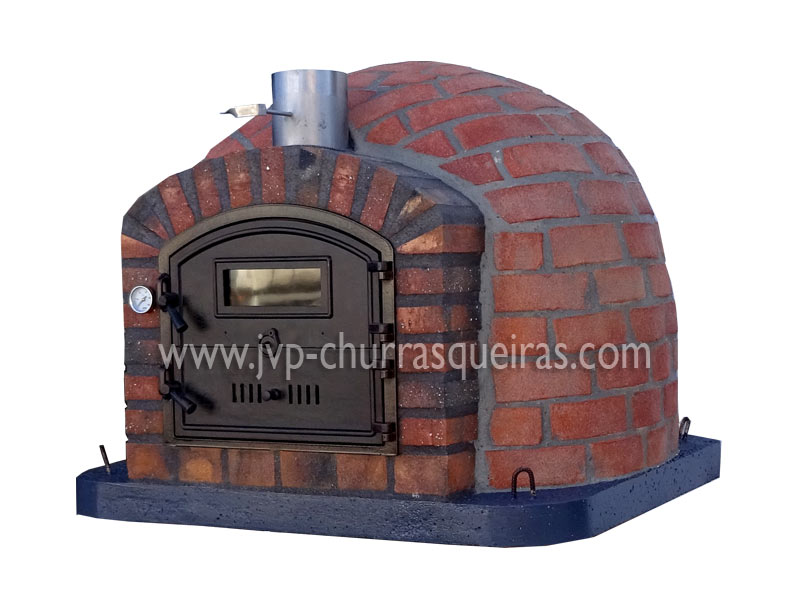 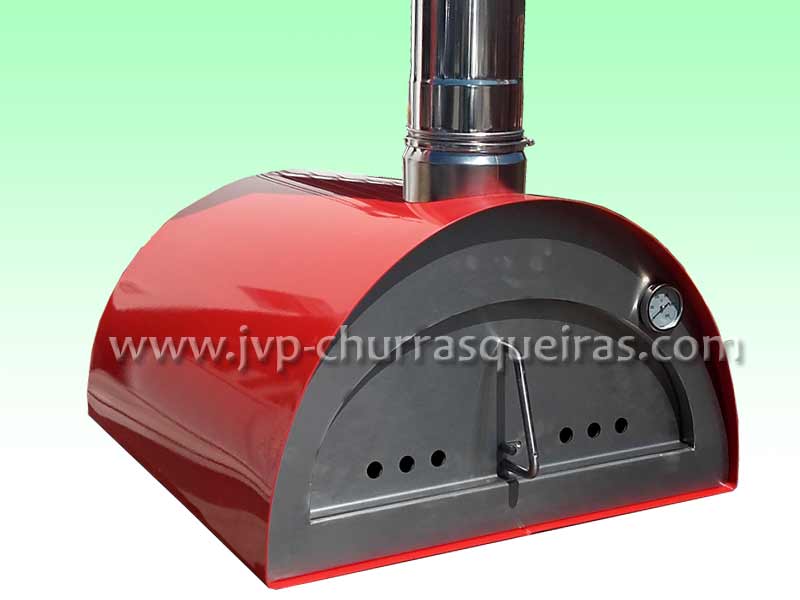 The earliest ovens were found in Central Europe, and dated to 29,000 BC. They were roasting and boiling pits inside yurts used to cook mammoth.. In Ukraine from 20,000 BC they used pits with hot coals covered in ashes. The food was wrapped in leaves and set on top, then covered with earth.[3] In camps found in Mezhirich, each mammoth bone house had a hearth used for heating and cooking.[4] Ovens were used by cultures who lived in the Indus Valley and in pre-dynastic Egypt. By 3200 BC, each mud-brick house had an oven in settlements across the Indus Valley. Ovens were used to cook food and to make bricks. Pre-dynastic civilizations in Egypt used kilns around 5000–4000 BC to make pottery MotionBuilder.

Culinary historians credit the Greeks for developing bread baking significantly. Front-loaded bread ovens were developed in ancient Greece. The Greeks created a wide variety of doughs, loaf shapes, and styles of serving bread with other foods. Baking developed as a trade and profession as bread increasingly was prepared outside of the family home by specially trained workers to be sold to the public.

During the Middle Ages, instead of earth and ceramic ovens, Europeans used fireplaces in conjunction with large cauldrons. These were similar to the Dutch oven. Following the Middle-Ages, ovens underwent many changes over time from wood, iron, coal, gas, and even electric. Each design had its own motivation and purpose Download the Google App Store. The wood burning stoves saw improvement through the addition of fire chambers that allowed better containment and release of smoke. Another recognizable oven would be the cast-iron stove. These were first used around the early 1700s when they themselves underwent several variations including the Stewart Oberlin iron stove that was smaller and had its own chimney.

In the early part of the 19th century, coal ovens were developed. Its shape was cylindrical and was made of heavy cast-iron. The gas oven saw its first use as early as the beginning of the 19th century as well. Gas stoves became very common household ovens once gas lines were available to most houses and neighborhoods. James Sharp patented one of the first gas stoves in 1826 조선명탐정 각시투구꽃의 비밀. Other various improvements to the gas stove included the AGA cooker invented in 1922 by Gustaf Dalén. The first electric ovens were invented in the very late 19th century, however, like many electrical inventions destined for commercial use, mass ownership of electrical ovens could not be a reality until better and more efficient use of electricity was available.

More recently, ovens have become slightly more high-tech in terms of cooking strategy. The microwave as a cooking tool was discovered by Percy Spencer in 1946, and with the help from engineers, the microwave oven was patented. The microwave oven uses microwave radiation to excite the molecules in food causing friction, thus producing heat.

A wood-fired pizza oven, a type of masonry oven

Stove bench in a German farm’s living room
Earth oven: An earth oven is a pit dug into the ground and then heated, usually by rocks or smoldering debris. Historically these have been used by many cultures for cooking. Cooking times are usually long, and the process is usually cooking by slow roasting the food Download Windows Store. Earth ovens are among the most common things archaeologists look for at an anthropological dig, as they are one of the key indicators of human civilization and static society.

Ceramic oven: The ceramic oven is an oven constructed of clay or any other ceramic material and takes different forms depending on the culture. The Indians refer to it as a tandoor, and use it for cooking. They can be dated back as far as 3,000 BC, and they have been argued to have their origins in the Indus Valley. Brick ovens are also another ceramic type oven. A culture most notable for the use of brick ovens is Italy and its intimate history with pizza. However, its history also dates further back to Roman times, wherein the brick oven was used not only for commercial use but household use as well Download korean fonts.
Gas oven: One of the first recorded uses of a gas stove and oven referenced a dinner party in 1802 hosted by Zachaus Winzler, where all the food was prepared either on a gas stove or in its oven compartment. In 1834, British inventor James Sharp began to commercially produce gas ovens after installing one in his own house. In 1851, the Bower’s Registered Gas Stove was displayed at the Great Exhibition. This stove would set the standard and basis for the modern gas oven. Notable improvements to the gas stove since include the addition of the thermostat which assisted in temperature regulation; also an enamel coating was added to the production of gas stoves and ovens in order to help with easier cleaning.
Masonry oven: Masonry ovens consist of a baking chamber made of fireproof brick, concrete, stone, or clay. Though traditionally wood-fired, coal-fired ovens were common in the 19th century 클리핑포인트. Modern masonry ovens are often fired with natural gas or even electricity, and are closely associated with artisanal bread and pizza. In the past, however, they were also used for any cooking task that required baking.
Microwave oven: An oven that uses micro radiation waves as a source of heat in order to cook food as opposed to a fire source. Conceptualized in 1946, Dr. Perry Spencer allegedly discovered the heating properties of microwaves while studying the magnetron. By 1947, the first commercial microwave was in use in Boston, Mass.
Wall oven: Wall ovens make it easier to work with large roasting pans and Dutch ovens. A width is typically 24, 27, or 30 inches. Mounted at waist or eye level, a wall oven eliminates bending Download the newcomer. However, it can be nested under a countertop to save space. A separate wall oven is expensive compared with a range.

In cooking, the conventional oven is a kitchen appliance used for roasting and heating. Foods normally cooked in this manner include meat, casseroles and baked goods such as bread, cake and other desserts. In modern times, the oven is used to cook and heat food in many households across the globe.

Ovens usually can use a variety of methods to cook. The most common may be to heat the oven from below. This is commonly used for baking and roasting 검색어를 입력하세요 www 12화 다운로드. The oven may also be able to heat from the top to provide broiling (US) or grilling (UK/Commonwealth). In order to provide faster, more-even cooking, a fan oven, which has a fan with a heating element around, that provides the heat. Or a fan-assisted oven that use a small fan to circulate the air in the cooking chamber, can be used. Both also known as convection ovens. An oven may also provide an integrated rotisserie.

Ovens also vary in the way that they are controlled. The simplest ovens (for example, the AGA cooker) may not have any controls at all; the ovens simply run continuously at various temperatures. More conventional ovens have a simple thermostat which turns the oven on and off and selects the temperature at which it will operate. Set to the highest setting, this may also enable the broiler element Devil Meicry5. A timer may allow the oven to be turned on and off automatically at pre-set times. More sophisticated ovens may have complex, computer-based controls allowing a wide variety of operating modes and special features including the use of a temperature probe to automatically shut the oven off when the food is completely cooked to the desired degree.

/%postname%/
#D48959
Sort Gallery
https://www.jvp-churrasqueiras.com/wp-content/themes/yunik-installable
on
yes
yes
off
off
on
off
off